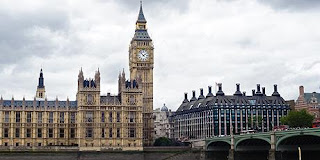 It has been announced that Parliament will be recalled on Thursday to discuss Syria. This will be the 27th recall of Parliament since 1948. The House of Commons Library published a paper on recalls - available here.

"Under Standing Orders, the Speaker of the House of Commons determines whether the House is to be recalled on the basis of representations made by Ministers.


Under the previous Labour Government, Members argued that they, rather than the Government, should be able to make representations to the Speaker to recall Parliament. The Labour Government announced proposals to effect this change but the proposals were never implemented.
In 1994, the House of Commons introduced an allowance to meet any costs incurred by Members in attending the House of Commons when it was recalled. The responsibility for meeting the expenses of Members has now transferred to the Independent Parliamentary Standards Authority. IPSA first made explicit provision for meeting expenses incurred in the event of a recall of Parliament in the MPs’ Scheme of Business Costs and Expenses that came into force on 1 April 2012.
The Standing Orders of the House of Lords and of the devolved legislatures in Edinburgh, Cardiff and Belfast provide for early recall if the circumstances require it."
Posted by J David Morgan at 15:42