Why can't Parliament get it right? 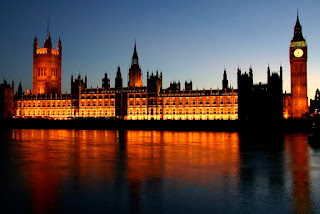 A new report has been published by the Political & Constitutional Reform Committee of the House of Commons. It begins...

"There has been repeated criticism in recent years, from a variety of sources, about both the quantity and quality of legislation. This is despite changes to the legislative process in the House of Commons (Public Bill Committees), initiatives to consult on some legislative provisions in draft before their formal introduction (pre-legislative scrutiny) and the beginnings of a process for evaluating the effectiveness of legislation following its enactment (post-legislative scrutiny). It has also been despite the existence of a Cabinet Committee, the Parliamentary Business and Legislation Committee, charged with ensuring that bills are well-prepared before they are presented to Parliament.

Against this backdrop of criticism the Liaison Committee asked us to lead on this issue. We began our inquiry by asking whether there is a need for improved legislative standards and if so, what changes to existing processes in Parliament or Government would contribute to them. We wanted to know whether a new mechanism designed to ensure improved legislative standards (such as a Legislative Standards Committee) should be introduced, and whether there is a case for differentiating between different types of legislation.

Five key recommendations
The Committee concludes... We consider that there is a need for the quality of legislation to be improved. We have made a number of recommendations, as well as suggesting areas for further consideration by Parliament, designed to achieve this end. The most significant of these are: (Paragraph 149)  [1] that there should be a set of standards for good quality legislation agreed between Parliament and the Government; we have provided our own draft Code of Legislative Standards to start this process; (Paragraph 149.a) [2] that a Joint Legislative Standards Committee to oversee application and effectiveness of the Code should be created; (Paragraph 149.b) [3] that a week should elapse between the conclusion of Public Bill Committee evidence sessions and the start of line by line scrutiny, to allow Members enough time to consider the evidence they have heard and read, and for amendments to be drafted and selected for debate; (Paragraph 149.c) [4] that a test for identifying constitutional legislation should be agreed between Parliament and the Government; (Paragraph 149.d) [5] that for each bill presented to Parliament which has not previously been published in draft, the Government should provide an accompanying statement setting out why the bill was not published in draft and therefore not available for pre-legislative scrutiny. (Paragraph 149.e) The Report entitled "Ensuring standards in the quality of legislation" can be downloaded in pdf format here.
Posted by J David Morgan at 10:40