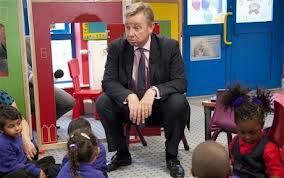 A key aspect of the doctrine of ministerial responsibility - is that members of the Government are subject to questioning by MPs and Peers. Oral questions are held on Mondays through Thursdays in both Houses. MPs and Members of the House of Lords can also submit written questions - and they can engage in correspondence.

Yesterday the Minister for the Cabinet Office published a report on Departments’ and agencies’ performance on handling Members’ and peers’ correspondence during the calendar year 2012.

Performance - and therefore the level of accountability varies - The Department of Health, dealing with 17,279 letters (this is from MPs & Peers, whose job it is to hold Government to account) responded within their target period to 98% of those letters. The Department for Education (16,413 letters) only reached 55%.

If I were being flippant I'd say that the Secretary of State for Education, Mr Michael Gove should have his report card marked, "Could do better". But this is a serious matter. He is responsible to Parliament for the performance of his Department - and should be ensuring that when MPs and Peers ask questions; raise concerns about individual cases; and issues that he is responsible for - answers should be given - not perhaps immediately (I'd love to see the pronouncements of the DfE and its Ministers based on evidence - and that can take time), but within the targets set down for the Department.

I hope the Education Select Committee and individual MPs & Peers will take up the issue of this failure to reach acceptable levels of response. Accountability matters!

The full report can be read at