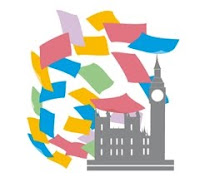 The Guardian this morning reports on a meeting of the Parliamentary Labour Party on which disagreements were highlighted over electoral reform. The article can be accessed here.

Britain now uses a variety of voting systems. Elections to the House of Commons have retained the "First Past the Post System". With a large number of parties contesting seats - and diffusion of votes (It is now 60 years since Labour and the Conservatives took nearly all the votes cast at a General Election) - anomalies can arise. A party can win a "landslide" victory with an ever declining percentage of (a) votes cast (b) total electorate.
For more information on the debate - visit the website of the Electoral Reform Society. It is an active campaigning organisation for change - so no claim can be made for impartiality - but the debate cannot be avoided.
Posted by J David Morgan at 20:17