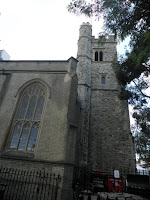 The Festival of Freedoms continues. As this blog records, I went to a talk at Conway Hall last week, on Charles Bradlaugh. On Saturday I headed for St Mary's Church in Putney, where in October and November 1647, an extraordinary series of debates took place.

The "Festival of Freedoms" website says "It was a pivotal moment in our nation’s democratic past, as men came to discuss the rights of the people, and the fate of the King." 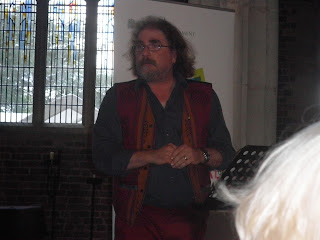 Professor Justin Champion outlined the history and significance of these debates. Some very modern ideas were discussed at the debates. Geoffrey Robertson has written that "The civil war years, 1641-49, first established what today are regarded as universal values - the supremacy of parliament, the independence of the judiciary, the abolition of torture and of executive courts, comparative freedom of speech and toleration of different forms of religious worship." The Putney Debates were informed by, and discussed, ideas from a group which has come to be known as the Levellers.

There are some excellent books about the debates. I've been reading the book "presented by" Geoffrey Robertson (as opposed to written - he has written a superb introduction. but the bulk of the book is material written by the levellers themselves).

I also picked up Dorian Gerhold's book at the church.

More events are planned in the coming days - see the pdf of the Festival Guide here.
Posted by J David Morgan at 05:30