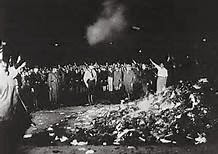 Yesterday's post dealt with the difficulties that most national constitutions place in the way of Constitutional Reform. The reason is simple - abolishing safeguards against the abuse of powers, or taking away citizens' rights - should only be done if the clear will of the people is for such a change. (Sadly people will vote to destroy their own safeguards and rights - but that's up to them).

In Britain, changes don't need the approval of the people. While legislation is a major source of the British Constitution - it is not the only one. Even then, as Lord Hailsham pointed out in 1976 (significantly, when he was an un-elected member of the House of Lords - in Opposition; he was less concerned about the concept when he held the power) - Britain can be an "elective dictatorship" - great power is concentrated in the hands of people who can have received less than half the votes cast in a general election - and the support of an even smaller proportion of the total electorate.

Two (relatively) recent developments have sought to safeguard rights (the Human Rights Act of 1998) and to give an opportunity to challenge decisions in the Courts on the grounds that a decision has not been taken properly (Judicial Review).

The current government is seeking to reduce the effectiveness of these. Having to abide by the principles that we have argued for others (Britain played a key role in drafting the European Convention on Human Rights), and having decisions made by public officials struck down because they haven't been taken in accordance with the principles of good practice - is inconvenient!

For a politically neutral (they are produced by the House of Commons Library) explanation and analysis of proposals for change - follow these links.