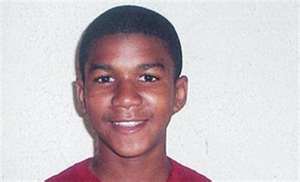 English law has long recognised that a person can protect themselves when under attack from another person, even when the result is the death of the attacker. That might surprise you if you've read some of the claims of the British newspapers such as the Daily Mail. In fact, juries are prepared to bend over backwards to acquit where someone has killed whilst facing a violent intruder.

The most famous case where the press, and some politicians, claimed the law denied the right of self defence - was that of Tony Martin - who killed when his property was being burgled. But the full law report needs to be read. The jury convicted because they heard evidence which convinced them that Martin went far beyond what was necessary or acceptable.

Despite The facts – and the House of Commons Library did an excellent paper on research into cases of claimed self-defence – which showed how far juries would go in refusing to convict – there have been demands to change the law to make self defence even easier to succeed with.


The trouble is this can allow killings which are in truth, unjustified. In the USA we have seen the recent tragedy of Trayvon Martin who was killed by a vigilante.

Today the Washington Post has an article showing how the number of killings has increased with “Stand Your Ground” Laws. In Florida they have tripled. Are they letting people get away with murder, literally!