Prelude to the Magna Carta 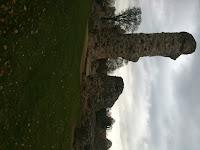 On Tuesday I was able to spend a day in the beautiful and historic Bury St Edmunds. If you are in the area, it is well worth a visit. It has that lovely "olde Englishe towne" feel (plus a Starbucks!).

On November 20th 1214 (according to Roger of Wendover), a number of the Barons met in the Abbey Church and swore an oath to force King John to sign a charter of Liberties - which they did a few months later on the banks of the River Thames at Runnymede. An oath was taken at the High Altar next to the shrine of St Edmund (who was at the time recognised as the patron saint of England - he was replaced by St George less than 6 years later). Archbishop Stephen Langton (Archbishop of Canterbury) administered the oath.

The Abbey and the many monastic houses that surrounded it are now in ruins - but they can be visited in the Abbey Gardens adjacent to the current Cathedral. Historical details can be found here. 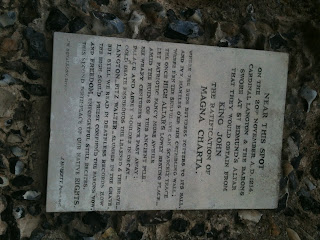 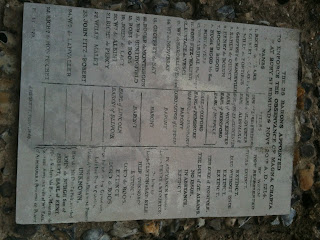 A map of historic Bury St Edmunds can be accessed here and a virtual tour of the town is here. 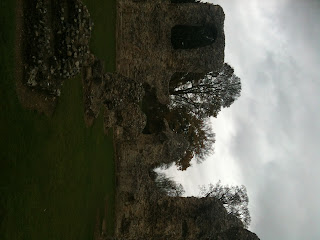