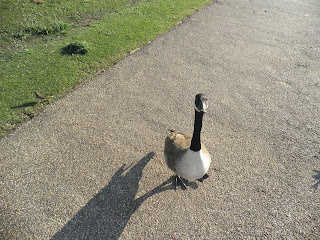 Congressional leaders will meet on the East front steps of the Capitol Building this evening to commemorate the 10th anniversary of 9/11.

It is expected that the Jobs Bill will be published today - and the conomy and unemployment will dominate the week in the House of Representatives. There are two special elections in Tuesday - one of which (New York's 9th District) may produce an unpleasant surprise for the President and the Democrats. It was the seat of Anthony Weiner - normally a solid Democrat seat - but opinion polls suggest a turnover).

At Westminster the Commons will today consider Lords Amendments to the Police Reform and Social Responsibility Bill (in what is referred to as "Ping-Pong). The other major piece of legislation for the Commons this week is the Energy Bill (Report & 3rd Reading). Tuesday is an Opposition Day.

In the Lords, the Localism Bill continues in its report Stage, while the Welfare Reform Bill faces its 2nd Reading on Tuesday.

The European Parliament has a Plenary session this week in Strasbourg. Some of the key issues include the Economic Crisis (debate on Wednesday); Border control; Energy Trading; Counter-terrorism and Libya/Syria. The 2012 EU Budget will be presented to the Parliament by the Polish Presidency on Wednesday. If you register with Europa Audio & Visual here you can watch live broadcasts and recorded programmes about the Parliament and the other EU institutions. (Further details here).

The French Parlement returns in October.

(and what's the significance of the picture of the Canada Goose? - None at all - it's another picture taken around the beautiful lake in Furzton)
Posted by J David Morgan at 08:25