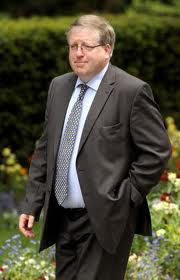 On Friday Peter Bone commenced the Second reading of his bill which is designed to expel the whips from Westminster (my Ph.D. study is safe - as historically, I end the period covered by my study of whips and whipping organisations in Congress and at Westminster at December 2010). It's not going to succeed though - as evidenced by the fact that its 2nd Reading isn't completed yet - time ran out on Friday. It is a "Private Members Bill" - and only limited time is made available. If anyone wants to stop a bill being passed - all they need do is keep the discussion going until the "Moment of Interruption", at which time (unless a successful attempt is made to move closure - which requires at least 100 members voting for closure - usually difficult to achieve on a Friday), progress on the bill is adjourned - and it slips down the list. Time could be made available by the Government (as if!) or colleagues could sacrifice their precious timeslots (not ideal for winning friends and influencing people - particularly, on this issue, the Whips - who play a key role in advising on promotions!).

For your information - the debate can be read here.

The photograph is of the current Government Chief Whip, Patrick McLoughlin.
Posted by J David Morgan at 18:00