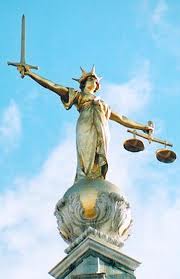 The symbol of justice includes scales, representing balance. Often the law has to seek a balance between competing interests. Few rights are absolute. Take for interest the rights of Freedom of Expression and the right to privacy. In English law both rights, enshrined in the European Convention on Human Rights (which Parliament requires the English courts to give effect to - Human Rights Act 1998), must be balanced. The dispute about super injunctions is over whether Art 8 has been given too much weight, at the expense of Art 10.

In an ideal world the law should not favour special interests. "all men are created equal, that they are endowed by their Creator with certain unalienable Rights, that among these are Life, Liberty and the pursuit of Happiness"

The concern about super injunctions is that they protect the rich and powerful alone (who else can afford them?). Government and Corporations gather more and more information about us as individual's; train their cameras on us (even as I write this on the bus, Arriva's CCTV camera silently observes me & my fellow passengers) - but ordinary citizens are denied justice. State funding of legal actions have been progressively (a wholly inappropriate word) restricted. Powerful individuals have been allowed to use the law to intimidate others. (Robert Maxwell was a master of this - he used the threat of legal action to indimate people into silence, only after his death was the truth about him able to come out).
Posted by J David Morgan at 05:31