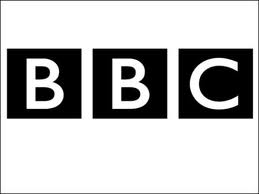 There are many things to be proud of as a Brit - my top three would be The BBC, the NHS and the Magna Carta. Sadly the Magna Carta is more honoured in the USA than in Britain (even the monument in Runnymede was erected by the American Bar Association); the NHS is being shaken up to its - and our detriment; and the BBC is under attack.

The BBC is by far the best broadcaster in the UK. Many of its series and programmes are exported - and its news services are respected around the world.

The BBC is the largest broadcasting organisation in the world. Its mission is to enrich people's lives with programmes that inform, educate and entertain.

It is a public service broadcaster, established by a Royal Charter and funded by the licence fee that is paid by UK households.

There is a website giving more details of the BBC and how it is funded and run here.

As someone living in Milton Keynes I have access to a local radio station - BBC Three Counties; local news on TV via BBC Look East (western half); Terrestial and Digital radio and TV stations (my favourites are Radio 4, Radio 5, Radio 7, BBC1, BBC2, BBC Four,  and of course BBC News 24 and BBC Parliament. I use the BBC as a news source via my computer and my iPhone.
Posted by J David Morgan at 05:14