Today I launched a regular programme on Elite Live Radio called PPS. It looks behind the headlines - and focuses less on politics and policy itself, but on how laws are made and decisions taken - in the UK, the US - in fact across the world. This one hour programme is being broadcast on a weekly basis. It is, in effect, an enhanced form of the Washminster blog - but with interviews and music. 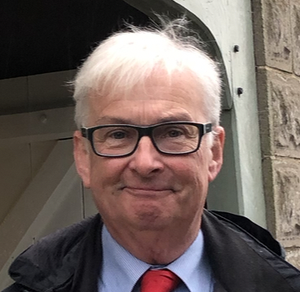 In the first programme we covered a number of matters, including a piece about the Public Accounts Committee.

I promised that I would put direct links to reports and websites on this blog - and my future plans include using this blog to provide direct links to sources mentioned in the programmes. I will also post links to recordings of individual broadcasts as they become available.
I explained on air -
"One of the oldest Committees in the House of Commons is the Public Accounts Committee.
The PAC scrutinises the value for money - the economy, efficiency and effectiveness of public spending. It does this by holding short enquiries - often calling witnesses - of those who spend taxpayers - YOUR money. Now there are Select Committees which oversee the work of Government Departments - and they may deal with the question of whether a particular policy, or institution is an effective user of public money - but the PAC is perhaps the best equipped to scrutinise the use of that money. It’s an all party committee, by tradition, chaired by an experienced member of the main Opposition Party. Lord Hennessy - now a member of the House of Lords - but who made his mark as a professor specialising in the workings of Government has described it as "the queen of the select committees...[which] by its very existence exert[s] a cleansing effect in all government departments.”
The process begins with the National Audit Office. This is an independent body. It’s staff are not civil servants and they don’t answer to Minister - or Special advisers. The Head of the NAO goes by the glorious title of “The Comptroller and Auditor General.” He is an officer of the House of Commons. He answers only to the House. The C&AG certifies the accounts of all government departments and many other public sector bodies. He has statutory authority to examine and report to Parliament on whether departments and the bodies they fund have used their resources efficiently, effectively and with economy. The Reports of the NAO can be very valuable for background reading. It does regular “Departmental Overviews”, as well as consider specific projects and working practices. It’s website is nao.gov.uk
The Public Accounts Committee is charged by the House of Commons Standing Order number  148 -  to examine "the accounts showing the appropriation of the sums granted by Parliament to meet the public expenditure, and of such other accounts laid before Parliament as the Committee may think fit”. At the moment there are 53 inquiries in progress - It’s already published 44 reports in this session. It takes written evidence and holds hearings.
That hearing resulted in a report, published in July 2019 - and that report is available on the PAC’s website
That report, like all PAC Reports - has a summary of findings and recommendations. The full report itself and information about witnesses and copies of the written evidence.
These reports can be valuable sources of information - about specific projects, Departments and publicly funded bodies; lessons that can have a wider application; and can give you an idea of the approach of the committee - should you ever want to, or have to - give evidence to the PAC"
Posted by J David Morgan at 12:25

J David Morgan
Retired (save for presenting a show on EliteLiveRadio). An experienced lecturer, tutor and researcher with practical experience of working in the UK and European Parliaments. I have a keen academic and practical interest in the workings of both the UK Parliament and the US Congress. Over the years I have broadcast on both British and US Politics for BBC local radio stations and presented Platform:MK and Heritage:MK on a Milton Keynes Community Radio Station. I will be presenting "PPS" a programme about the process of decision making and legislating in the UK, US & around the world on EliteLiveRadio from February 2021