Who's Who in the EU?

You can sometimes wonder who is the President of the EU. Is it Donald Tusk (as some of the media seem to think)? Jean-Claude Juncker? Antonio Tajani? or Joseph Muscat?

In fact there is no such official title. All the above though ARE Presidents within the EU institutions. 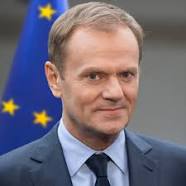 Donald Tusk is the President of the European Council. He presides over meetings of the European Council, which is made up of the heads of national Executives (so, Theresa May for the UK, Angela Merkel for Germany, the various Prime Ministers, and Presidents where they are the head of the Executive branch (François Hollande in France - but it can get complicated when there is 'cohabitation' with a President of the French Republic of one party and the Prime Minister represents the other party)). He will represent the EU abroad, as do the President of the European Commission and the High Representative of the Union for Foreign Affairs and Security Policy. (Federica Mogherini). The President serves for a two and a half term year, which is renewable once. Tusk's first term ends on 31st May this year, but he was re-elected to a second (and final) term last month.

Joseph Muscat is the President of the Council of the European Union. This used to be known as  the 'Council of Ministers'. He is from Malta (and is their current Prime Minister) which is responsible for the functioning of the Council of the European Union for the period January to June 2017.  The presidency (held by the country, rather than the individual) changes every six months - but the previous, current and next presidency co-operate closely. They are referred to as the 'trios'.

There are other bodies within the EU system that have Presidents - such as the Court of Justice of the European Union (Koen Lenaerts); the European Court of Auditors (Klaus-Heiner Lehne); the European Central Bank (Mario Draghi) - amongst others.