Assessing the Achievements of the last Labour Government

It's almost an axiom that the faults of an individual are almost immediately identified, but it takes time to appreciate what they achieved.

The same is true of governments. Thatcher's administrations are more appreciated today than they were in November 1990. Gerald Ford's efforts to help the US recover after "Watergate" are seen more positively than they were at the time. Even LBJ - reviled as he was in the late 1960s and early 1970s - is seen to have accomplished more than Presidents people remembered more fondly.

A new pamphlet has been published - 20 years after Labour won the election in 1997 and entered government for 13 years.

It can be downloaded from here. 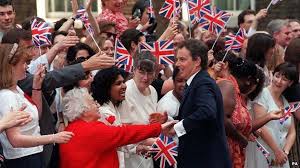