The Role of the Judiciary 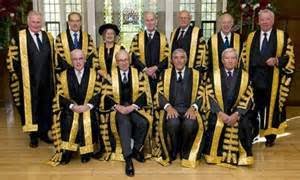 The Political & Constitutional Reform Committee of the House of Commons is taking evidence about the likely role the judiciary would play if Britain were to have a Written Constitution.

They have now published the evidence received from Professor John Bell; Dr Patrick O'Brien and Professor Dawn Oliver. (Law students may recognise the names from textbooks and journal articles).

The written and oral evidence - and a link to the video of the session can be found here.

The inquiry itself is worth following - whether you are a citizen or a law student doing Constitutional Law - see the committee's page dedicated to this inquiry.
Posted by J David Morgan at 05:30