Keeping an eye on Congress and Parliament

When I was younger - the only way to follow Parliament was through reports in newspapers or by buying Hansard. Radio, then TV broadcasting from the chambers, only arrived later. Live coverage from inside Congress came earlier - and the Watergate hearings were televised - but it remained difficult even in the early part of the 21st century to follow Congress.

However thanks to the internet, it's now easy to follow events in Congress; the British Parliament; the European Parliament; and the French Assemblee nationale.

C-SPAN came first, then we had the Parliamentary Channel. Now the websites offer not just live coverage from the chambers, but other programming about history and current affairs.

C-SPAN covers the House of Representatives when it is in session. C-SPAN 2 does the same for the Senate. When the Chambers are not sitting (which can be for the major part even of a sitting day, there are other programmes. C-SPAN 3 also covers external events. If you haven't already, it is worth exploring the C-SPAN website. You may never need to watch TV again. (This is my wife's worry with me). There is also C-SPAN Radio. I often listen to this during the night, or when cooking/washing up via the C-SPAN app on my iPad. 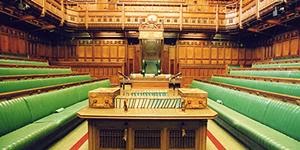 BBC Parliament is available online as well as via Freeview in the UK.  There is a wider "Democracy Live" website which includes live feeds form the House of Lords; Committees; and the legislatures in Scotland; Wales & Northern Ireland. There is also a section for the EU.

Europarl TV covers the European Parliament - and gives access to live debates as well as producing a number of excellent videos on specific issues.

The French Assemblee nationale is covered by LCP. 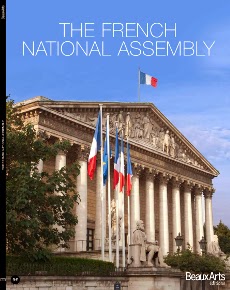