-- SEN. TED CRUZ (R-TEXAS), the architect of the government shutdown, was spotted Monday night at Tortilla Coast, huddling with 15 to 20 House conservatives devising a strategy on how to respond to a Senate deal, Roll Call's Matt Fuller reports. Majority Whip Kevin McCarthy, also dining in the restaurant, appeared interested in what the group was discussing. http://bit.ly/15DdPZ3

Tortilla Coast is my favourite eating place on the Hill. (see my post from October 2009); I tasted my first margarita there - and it is where I celebrated my 50th birthday with a meal.

It is very close to the House Offices on Capitol Hill - to get there one passes the capitol South metro station - and it's on the right hand corner of the road. 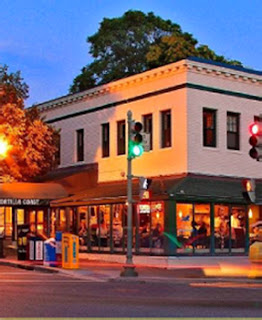 I'm not very keen on receiving messages from Senator Cruz and his buddies at the moment (they've taken the US & the world to a very dangerous place for the sake of their ideology) - but I would accept a "wish you were here" message from them.
Posted by J David Morgan at 14:44