CRS Reports on the election process 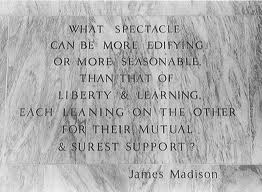 As regular readers of this blog know, I'm a big fan of the quality work done by the Congressional Research Service (CRS), part of the Library of Congress. Their reports are written for Members of Congress, and exacting standards are required. Unlike the British House of Commons, these reports are not published to their paymasters - (in CRS's case - the US taxpayer), though many have campaigned for that. However "Open CRS" does publish reports that have been sent to it.

"Open CRS" states on its website - "American taxpayers spend over $100 million a year to fund the Congressional Research Service, a "think tank" that provides reports to members of Congress on a variety of topics relevant to current political events. Yet, these reports are not made available to the public in a way that they can be easily obtained. Open CRS provides citizens access to CRS Reports that are already in the public domain.

CRS Reports do not become public until a member of Congress releases the report. A number of libraries and non-profit organizations have sought to collect as many of the released reports as possible. Open CRS is a centralized utility that brings together these reports.

Unfortunately, there is no systematic way to obtain all CRS reports. Because of this, not all reports appear on the Open CRS web site. We believe that it would be far preferable for Congress to make available to the public all CRS Reports.

Some useful reports on the presidential election process include   The Electoral College: How It Works in Contemporary Presidential Elections
RL32611 - October 22, 2012
https://opencrs.com/document/RL32611/