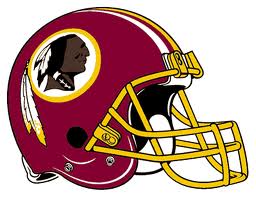 The 2012 American Football season kicks off today with Dallas Cowboys playing the New York Giants – as many readers of this blog will know (and the title might give a clue), I’m a Washington Redskins fan. Their first game is on Sunday in New Orleans.

I’m a subscriber to NFL’s Game Pass – so most Sunday evenings I’ll be watching like on my Desktop computer – or more likely these days – on my iPad. Should I be otherwise engaged (for example during the Sunday evening of the Labour Party Conference, I can watch later. Being the total nerd that I am, I will have my recently purchased “2012 Official NFL Record and Fact Book” at my side.

I also have on my iPhone and iPad the “NFL ’12” and “Official Redskins Feedr” Apps – and of course – as is my practice – I read the sports news in the Washington Post (also through an iPad App.

What is it that I find interesting about this game? It was the references to American Football in political speeches which first attracted my interest (Nixon and Reagan often made references!), but I enjoy the strategic aspects of the game – (hopefully) marching up the field using a series of carefully planned moves – each team trying to outsmart the other. In many ways so much like politics. I even keep my own “playbook” – plays that have been used in Parliament, and particularly Congress (where the scope for innovative procedural tactics is much greater) in order to advance or halt legislative progress.

Are you an American Football fan? Which team do you support? If you'd like to tell fellow readers of Washminster what attracts you to the game - or why you support a particular team - drop me a short piece on jdavidmorgan@washminster.com - which I can then repost here.
Posted by J David Morgan at 05:00