Does Britain need a "Written" Constitution? 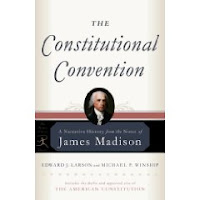 As I outlined on the post of October 7th last year, while Britain doesn't have a single document called a "Constitution" it does have a wide range of sources (in written form) which contain the constitutional rules.

It may be inconvenient (though as American Law Students know - the study of Constitutional Law doesn't end with reading the few pages of the Constitutions Articles and amendments - there is much caselaw; lots of authoritative writings - and practices English students would recognise as conventions) - but is that reason enough to codify it. As the history of the Law Commission shows - codification is not so easy to achieve in practice.
Perhaps the more important issue is - are there aspects of the British Constitution which urgently need addressing? Do the current rules adequately protect against the abuse of power?Is relying on legally unenforceable conventions a sufficient guard against a temptation to break conventions when convenient? Is the constitutional system working very well?
If we are to face a period with a hung Parliament - will our practices be robust enough - or will key people have to make things up as they go along?
The US Constitution resulted from an intense period of reflection and argument about the purposes of 'government' and how to avoid the power granted being abused.
There are now extensive sources available to look at what happened in that convention. The Avalon Project contains many resources. I've recently read two very interesting books on the convention - The Constitutional Convention: A Narrative History from the Notes of James Madison (further details here) and Decision in Philadelphia: The Constitutional Convention of 1787 by Christopher Collier and James Lincoln Collier (further details here)
Perhaps it is time to sit down and consider the UK Constitution in 2010!
Posted by J David Morgan at 05:05