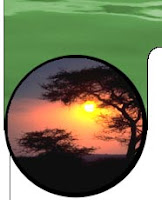 Today the entry on this blog has been contributed by Dr Gary Robertshaw. Gary runs The Green Providers Directory (http://www.search-for-me.co.uk/), commenting and writing on a range of environmental and political issues.

Your thoughts in response to this article would be appreciated.
Time for optimism?

The prospects for the emergence of a genuinely sustainable global economy have been given fresh impetus with the election of Barack Obama, extending beyond the well intentioned rhetoric characteristic of new administrations. I think we can be optimistic for several reasons.

Firstly, it signals a radical departure from the previous administration’s policy of denial, apathy and denigration of science. Gone too is the unthinkable prospect of Sarah Palin presiding over US energy policy, whose ignorance on scientific and environmental matters are truly breathtaking.

Secondly, the Obama administration does not regard sustainable energy investment as ‘nice to have but not during a recession’. In particular, there is a stark recognition that a reversion to old coal mining technology and a reliance on foreign oil are not in the US’s long-term economic or international interests. Investment in sustainable projects is seen as a growth opportunity that will contribute to (i.e. not dilute) the US economy, creating new jobs and new technologies. For example, the Obama administration aims to create five million new jobs by strategically investing $150 billion over the next ten years to catalyse private efforts to build a clean energy future. It has also set a target of 10% of US electricity from renewable sources by 2012, and 25% by 2025.

Thirdly, US environmental and energy policies have ramifications far beyond its borders. The old adage that when the US sneezes the rest of the world catches a cold applies not just to financial markets, but also to the global environment. As the largest contributor to global emissions, its commitment to developing renewable energy sources, cutting back on fossil fuels (which should concurrently reduce its involvement in foreign conflicts) and investment in sustainable living will naturally have the largest impact whilst encouraging other nations to follow suit. More specifically, the new administration seeks eliminate its current imports from the Middle East and Venezuela within 10 years.

Of course the Obama administration will be criticised by both sides. The oil industry, loggers, car manufacturers, arms industry, et al will claim that his ambitions are unrealistic, and that they will cost jobs – they will use lobbying, corporate influence and every tactic available to undermine him (expect to see Bush’s involvement here too). On the other side, he will be condemned by the doom mongers as doing too little too late.

The transition from the world’s worst polluter to a leading, sustainable economy will not happen overnight. Old infrastructure, corporate inertia and scepticism, vested interests and general apathy will slow down progress. However, green campaigners, long frustrated by the Bush years, now have cause to be imbued with real optimism.