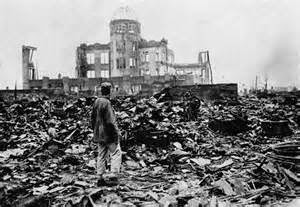 This year will see the 70th anniversary of the dropping of the first nuclear bombs. The Department of History at Reading University have arranged an evening symposium in February to commemorate this terrible event - and to discuss the lessons and consequences.


The atomic weapons that demolished Hiroshima not only had devastating effects on its population at the time of the bombings and throughout the lives of those who survived, but also began an arms race between the US and the Soviet Union that shaped the entire history of the Cold War. Was there a degree of rationality and reason behind the colossal build up? Did nuclear weapons cause the Cold War? Did they contribute to its escalation? Did they help to keep the Cold War cold? Was the nuclear arms race a product of Cold War tension rather than its cause?


At a time of global economic and political uncertainty and the emergent threat of international terrorism and nuclear proliferation, these are important questions that still need further investigation. The purpose of this symposium therefore is to explore new academic research on the history of nuclear weapons during the Cold War."
Further information is available at http://www.reading.ac.uk/history/research/Hiroshima-at-70.aspx
Posted by J David Morgan at 05:30