I use a number of news websites (or subscriptions) to keep up to date with the news. These are my personal favourites.

For coverage of US Politics 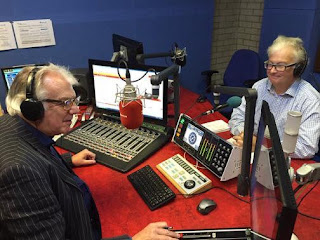 Sadly, I've not been able to include the BBC. I still have a great affection for the Corporation - but in recent years it has succumbed to political pressure - the Government sets the Licence Fee, and Conservatives have used that power to intimidate the BBC - and as a result the BBC has lost his reputation for fairness and balance. In the Last General Election it was little more than a mouthpiece for the (ruling) Conservative Party - and I was distressed by the way it decided to run some stories and ignore others (which were widely reported elsewhere). The BBC still produces some great non-News programmes (and one should never forget the value of BBC local radio) - but again it is not as good as it used to be. I find now that I watch more BBC produced programmes on PBS America - than I do current output.
Posted by J David Morgan at 05:01